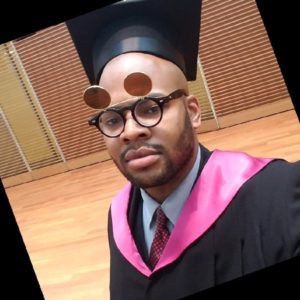 “Without the College Access Center, I would not have had the opportunity to go to college. I would never have left my neighborhood.”

As a young Afro-Latino man living in the poorest congressional district in the United States, college seemed out of reach for Jay. A friend recommended that he join the College Access Center and as a participant he was able to learn about his college options and apply to a range of colleges.  Jay decided to leave the Bronx and enroll at Marist College where he received his Bachelor’s Degree in Political Science in 2016. While at Marist, Jay became actively involved and founded the Marist Coalition for Change. His interests in politics and public policy also led him to hold positions as a Legislative Intern for Senator Charles Schumer and a Congressional Intern for the Congressional Hispanic Caucus. After graduation, Jay pursued a U.S. Fulbright Grant in Italy, where he received his Masters in Public Administration in December 2017. Jay’s grandmother always told him that the best people in the world are selfless and pay it forward, so his life goal is to be an asset to his community, state, and country. He is currently a Transportation Equity Research Fellow for the Congressional Black Caucus Foundation.