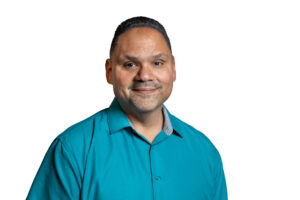 Javiel Vega, M.S.W. became Director of Workforce Development at New Settlement in November 2020 after leading our Young Adult Opportunity Initiative since 2005. Javiel holds a B.A in Forensic Psychology from John Jay College (1999) and M.S.W. from Hunter College School of Social Work (2008). He joined New Settlement as director of YAOI in July 2005 and led its rapid expansion ever since. He brings extensive experience in running and developing programs for young adults in New York City. At C.A.S.E.S, he served as Deputy Director from 2001 to 2005 and Team Director from 1999-2001; at Safe Horizon, in the Bronx, he worked as Project Director of Bronx Family Court (1995-1998) and Domestic Violence Case Management Supervisor in Brooklyn Family Court (1993-1995). He is a Certified Field Instructor for Social Work Graduate School students and is proficient in Spanish.