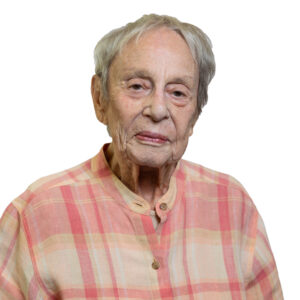 Secretary, Treasurer, Board of Directors

Fran Levenson is a founding member of Settlement Housing Fund, former Chair of the Board of St. John’s Place Family Center and a Director of the Crenulated Company, Ltd., which governs New Settlement Apartments. Loaded with energy and determination, she has always been a civil rights activist and staunch supporter of affordable and fair housing. Fran became a lawyer when women were a tiny portion of the profession and was one of a coterie of distinguished women attorneys who held powerful positions in New York City and State government. Fran started her career with the New York State and National Committee Against Discrimination in Housing, which coordinated the activities of 30 organizations in promoting fair housing legislation resulting in the first local laws and finally federal action. In the heyday of federal funding for housing and community development, Fran was a Deputy Commissioner and administered the city’s federally subsidized housing programs for the Department of Housing Preservation and Development. She was known for expediting construction and approving innovative approaches to housing. In the 80s, Fran transferred her expertise to the banking world, where she was Vice President for Affordable Housing with the New York Bank for Savings (ultimately Goldome Bank). During her tenure, Fran was a director on the boards of the state and city housing finance agencies and chaired the Rent Guidelines Board. She was also a founding board member of both the National Coop Bank and Community Capital Bank.